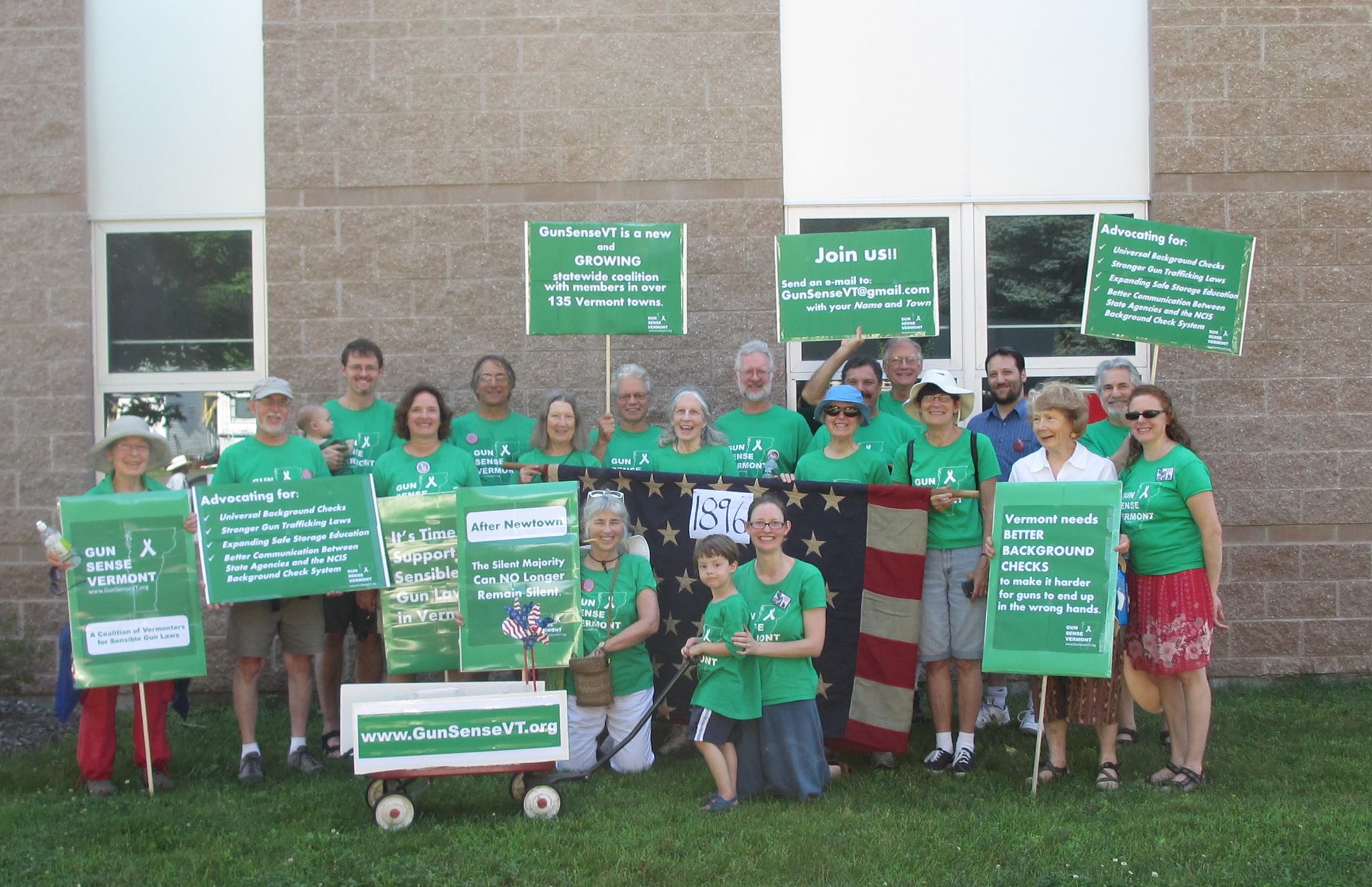 Join Gun Sense Vermont for Brattleboro's Fourth of July parade on Friday 7/4! For the second year in a row, we will be marching in the parade in a sea of green (green GunSenseVT t-shirts, that is!). This is our chance to give a local face to our grassroots movement and communicate an important and positive message about reducing gun violence.

We will be meeting at 9:30 AM at the Brattleboro Union High School, and the parade will begin at 10 o'clock.