The polling on Universal Background Checks is consistent and shows a strong consensus in support.

“We talk about in public opinion, there are these non-valence issues, issues where no matter who you ask they’re all going to be in agreement,” says Rich Clark, director of the Castleton Polling Institute. “Do we favor freedom? Do we want freedom of speech? Do we love our mothers? All those things where you have super-majorities. And we’re seeing that level of support in there.” 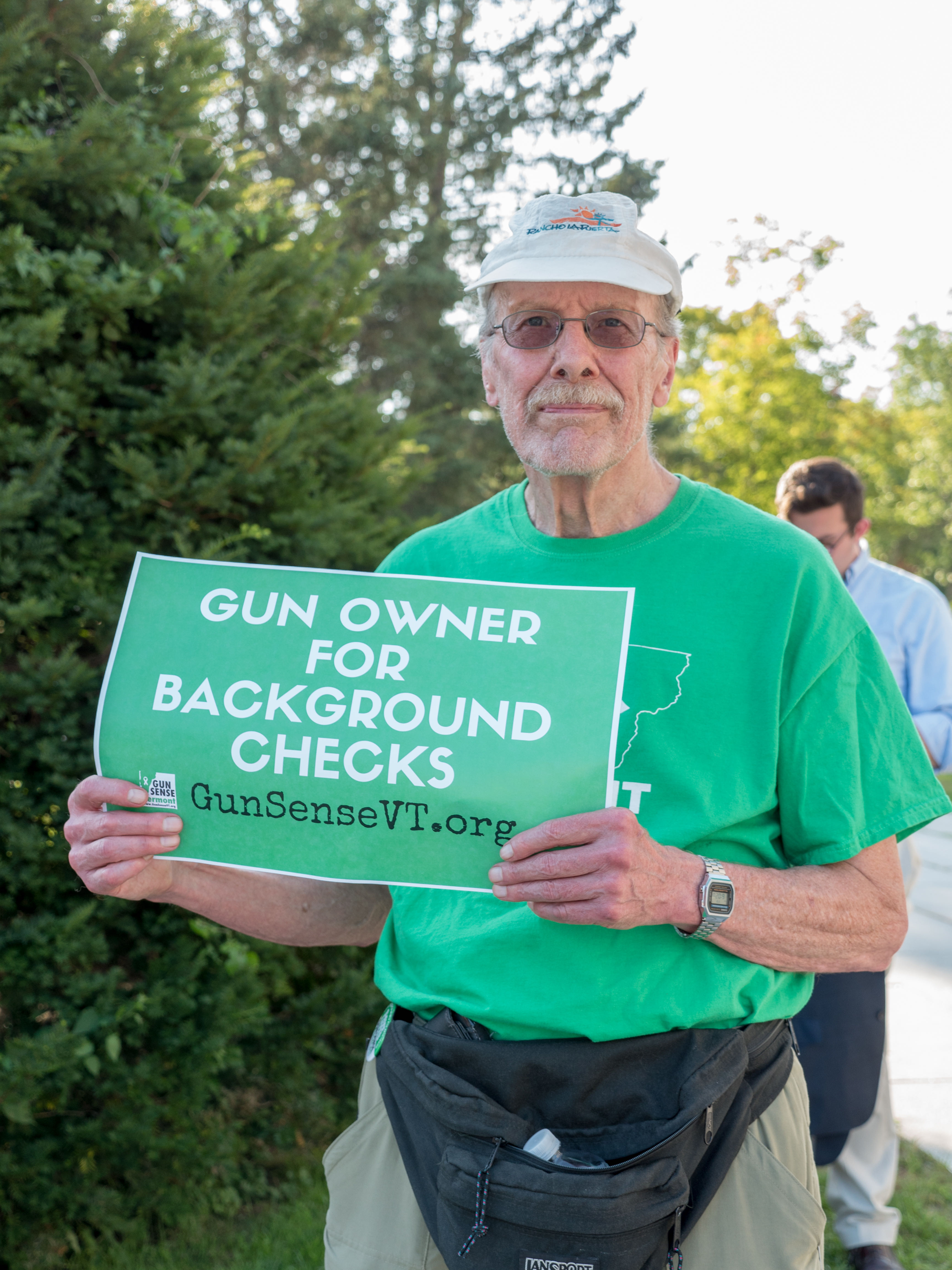 84% of respondents support requiring universal criminal background checks on all gun sales in Vermont, according to a poll released on October 19, 2016 by VPR and the Castleton Institute.

A February 2016 poll again demonstrated that Vermonters widely support strengthening gun laws in the state. The strongest support comes for expanded background checks, with a vast majority of both gun owners and non-gun owners agreeing that no matter where a gun is sold, a background check should be required.

Highlighting a long-term consistency in public opinion on the issue, a March 2015 poll by VTdigger.org and the Castleton Institute demonstrated, yet again, that the vast majority of Vermonters supporting closing the background check loophole and requiring all gun buyers in Vermont, whether at a gun shop or via a private sale, pass a criminal background check.

For complete results and methodology, go to VTDigger.org.

An April 2014 survey of likely voters in Vermont found an overwhelming majority of voters support requiring all gun buyers to pass a criminal background check for all gun sales, no matter where they buy the gun and no matter who they buy it from.

Additionally, a strong majority of  likely voters also would be more likely to vote for a candidate who supports criminal background checks on all gun sales, and seven in ten Vermonters agree that support for the 2nd Amendment goes hand in hand with keeping guns out of the hands of criminals.

Overall, 81 percent of likely voters in Vermont support requiring all gun buyers to pass a criminal background check. Contrary to conventional wisdom, support for background checks cuts across party, regional, ideological, and demographic lines. Indeed, 68 percent of Republicans, 93 percent of Democrats, and 79 percent of Independents support background checks for all gun sales, with support incredibly consistent across the state ranging from a low of 78 percent support in Chittenden County to a high of 84 percent in the central area of the state (Addison, Washington, Orange, and Rutland Counties). Furthermore, even as gun ownership remains a significant part of local culture in Vermont, a strong majority of gun owners in Vermont (77 percent) support background checks for all sales.

To read the complete overview of the survey, conducted by Lincoln Park Strategies, click here.

To learn about Lincoln Park Strategies, the Washington D.C.-based firm that conducted the poll, click here.

To view the complete results of the survey, click here.