New ATF data shows connection between black markets for drugs and guns
Data released this week by the Bureau of Alcohol, Tobacco, Firearms and Explosives (ATF) shows that gun crime in Vermont is increasingly connected to the drug market, and increasingly spilling over into nearby states.

In response to the ATF data, Ann Braden with Gun Sense Vermont has released the following fact sheet and statement.

“The new ATF data highlights the growing guns and drugs connection that has ramifications both here at home in Vermont, and regionally. The ease with which drug and gun traffickers can obtain weapons in our state is fanning the fire of our drug epidemic, and we need to close those loopholes if we're serious about tackling the drug problem. Vermont makes it too easy for dangerous people to buy guns anonymously and with no questions asked, and it's no surprise that Vermont guns are turning up at out-of-state crime scenes more often. For the first time, the leading category of crime guns recovered in Vermont had a connection to drugs. We must enact common sense measures to keep guns out of the hands of dangerous people, such as requiring a background check on all gun sales – a measure that has been proven to reduce gun trafficking and is also supported by 81% of likely Vermont voters."

In May, Gun Sense Vermont announced plans to pass legislation to require criminal background checks on all gun sales during the 2015 session and released new polling showing overwhelming support among Vermonters for common-sense gun laws that will keep guns out of the hands of dangerous people. In fact, polls found that 81 percent of likely voters in Vermont – including 77 percent of gun owners – support criminal background checks on all gun sales. 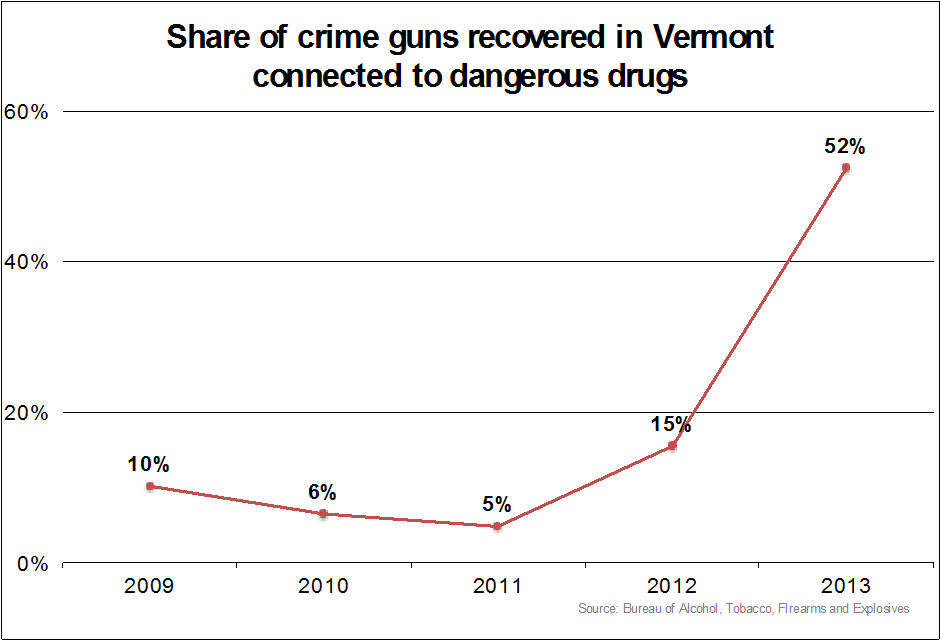 Of guns recovered in Vermont and successfully traced by ATF, the share connected to “Dangerous Drugs” increased five-fold between 2009 and 2013 — from 10 percent to 52 percent. In 2013, for the first time, the leading category of firearm recoveries in Vermont was a connection to “Dangerous Drugs.” 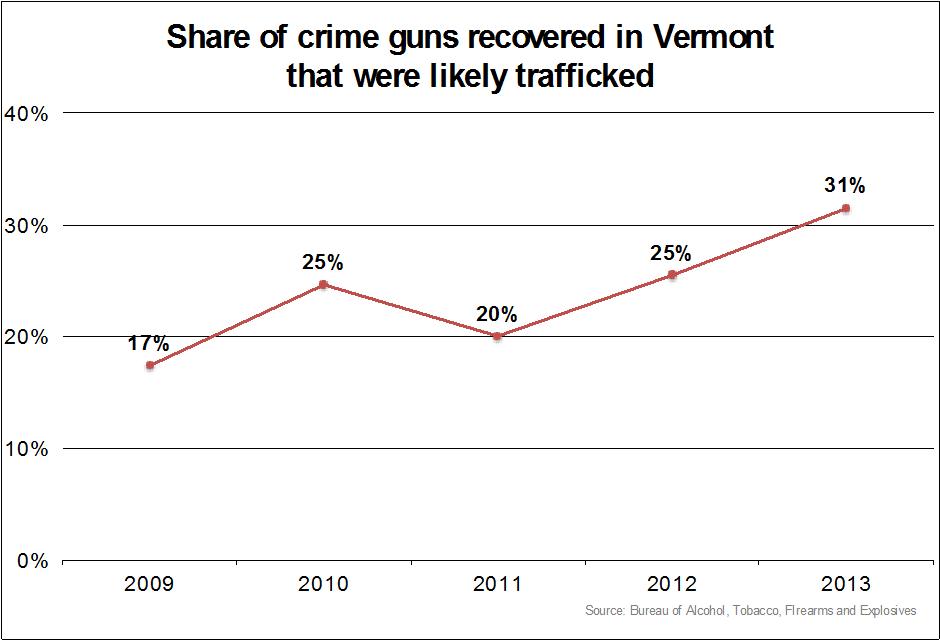 Between 2009-13, the share of guns recovered in Vermont with a time-to-crime of less than two years — an indicator of illegal gun trafficking — nearly doubled. 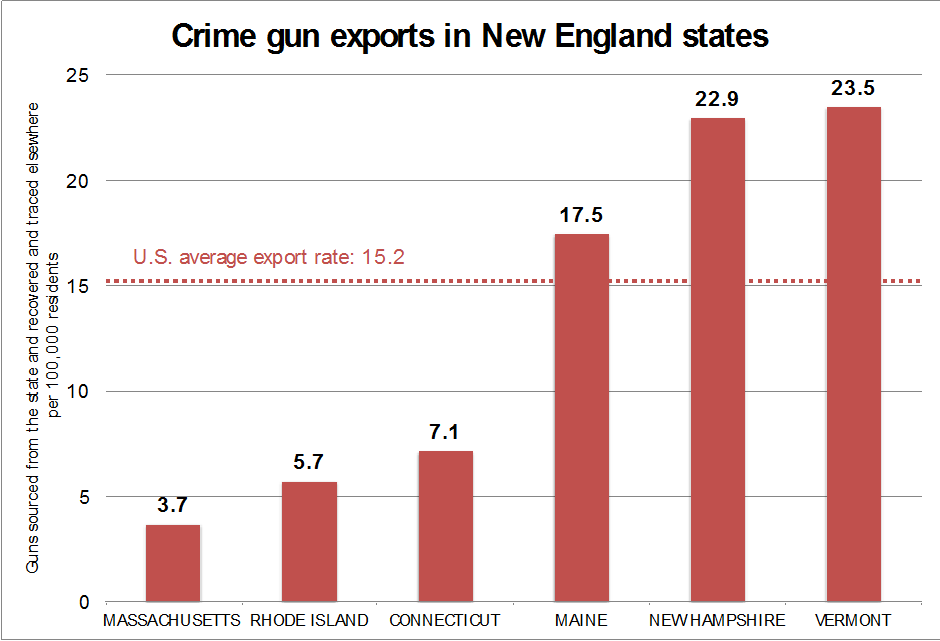 Controlling for population, Vermont had the highest crime gun export rate in New England. In 2013, 23.5 guns per 100,000 residents were purchased in Vermont and recovered outside the state, 50 percent higher than the national average. 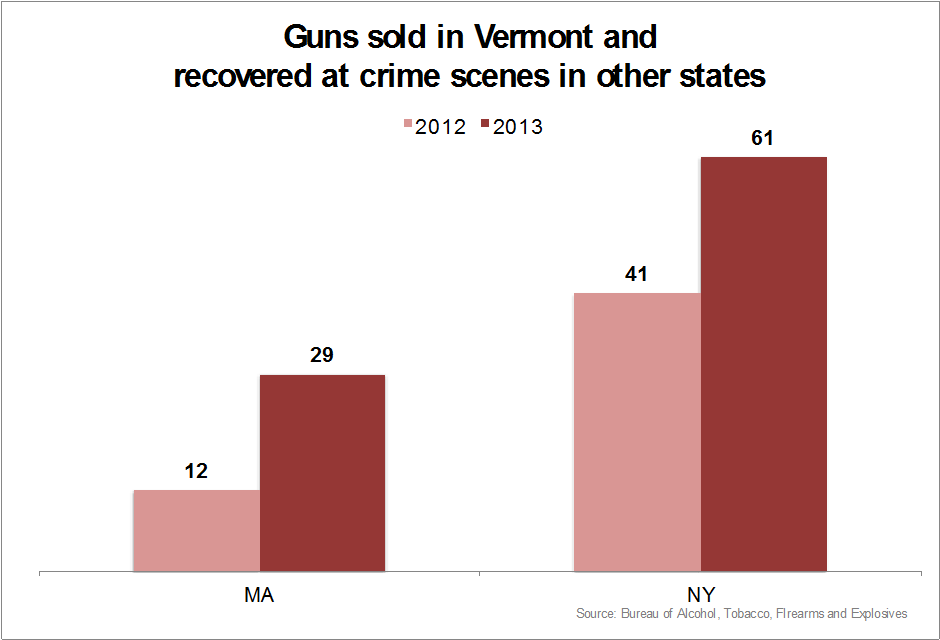 New York and Massachusetts are the two top out-of-state destinations for crime guns originally purchased in Vermont. Between 2012 and 2013 the number of guns that were recovered there and successfully traced back to Vermont both increased by more than 48 percent. Because only a small share of crime guns are successfully traced, this represents just a fraction of the total flow of illegal guns.